Sara Wimer was honored by being selected January’s Employee of the Month by her co-workers. Sara has been at DCH for seven Years. Sara attended Hitchcock County School then attended Mid-Plains Community College in McCook. Sara began working at Dundy County Hospital as an CNA and at times filling in as the Ward Clerk. Later Sara worked as the clinic receptionist for QHC. Sara has attained vast knowledge dealing with insurance which made her the prime candidate when she moved into the Business Office to do insurance billing for the DCH. In her spare time Sara enjoys hunting, spending time outdoors, attending concerts and watching Husker football. When asked what she enjoys about her job she stated “I enjoy learning new things and facing new challenges. I like having a variety of things to do and I have a great team to work with.” 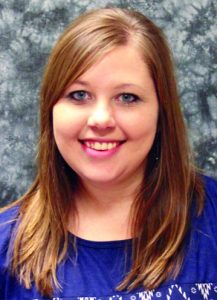