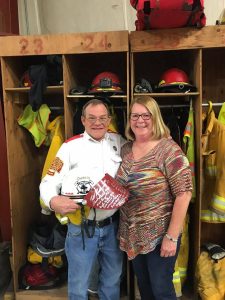 Jerry Kisela is pictured with his wife Lona at the fire department Christmas party. 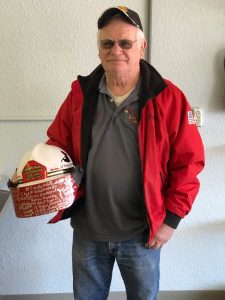 Larry Janousek with his fire helmet. 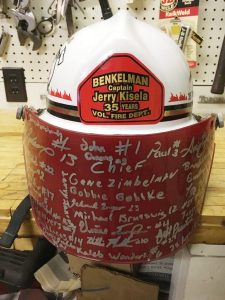