The Dundy County Stratton high school boys and girls basketball teams continued their winning streaks into 2020. Both teams pulled away for double-digit wins against the Wauneta Palisade Broncos on Saturday night.
The girls won 68 to 40 and the boys won 70 to 46.
It took the Lady Tigers a little time to get their game going, having not played a game since December 21.
The Lady Tigers jumped out to a 7-0 lead, but Wauneta-Palisade came back to tie it at seven late in the first quarter, DCS then scored the last five points of the quarter for a 12-7 lead. From there, the Lady Tigers found their shots and opened a double-digit lead and took control of the game in the second period. DCS led 32 to 18 at half time.
It was an evenly played third quarter, but DCS pulled away in the final eight minutes of the game.
The Lady Tigers had three players in double figures with Maggie Lutz finishing with 15-points and ten rebounds. Jessie Freeland had 14-points and Sable Lambley 12. McKinzie Baney added 9-points, Haylee Davis 7, Taryn Burrell and Sydney Reichert each had five, and Kaylin Brown had 1-point.
The Tiger boys jumped to an 18 to 9 lead in the first quarter. However, the Broncos battled back in the second period and cut the Tigers lead to just 4-points by half time at 28-24.
DCS turned their defensive intensity up to start the third quarter and pushed the lead to double digits, DCS outscored the Broncos 19 to 11 in the period and led 47 to 35 at the end of the third quarter. The Tigers continued to build their lead in the fourth quarter, and pulled away for the 70 to 46 win.
The boys had 10-players in the scoring column with Keegan Krutsinger leading the way with 15-points and Michael Frederick had 12 in the game. Cade Lutz had 9-points, Lincoln Waters 8, Nolan Burrell 7, Mark Nelms 6, Corbin Horner 4, Damon Latta, Alex Englot, and Andrew Englot all had 3-points.
The Tigers hosted their first home game of the season last night against two very good Chase County Longhorn teams. They will finish their tough week of games at Wray on Saturday. 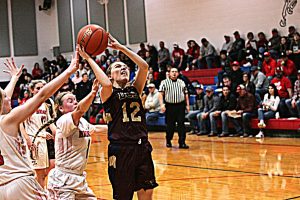 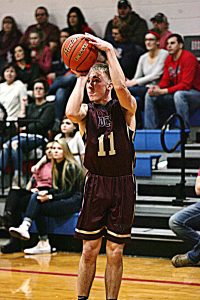 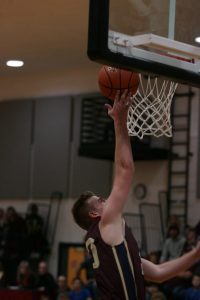 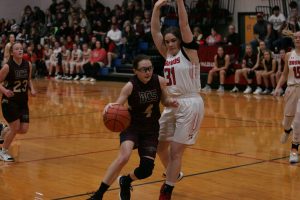