The Dundy County Library in Benkelman will host a special visitor on Wednesday, March 4. Nebraska State Poet Matt Mason of Omaha will be at the library from 4PM to 5PM (MT). The public is encouraged to stop by and meet Mason at that time.
Mason was designated as Nebraska’s State Poet just over a year ago after a selection process led by the Nebraska Arts Council, Humanities Nebraska, and the Nebraska Library Commission, a group of state agencies and organizations that together presented finalists to the Governor for consideration.
Mason is executive director of the Nebraska Writers Collective, through which he has run the Louder Than a Bomb: Great Plains youth poetry festival each year since 2011. He is a former board president of the Nebraska Center for the Book and has served as the Nebraska State Coordinator for Poetry Out Loud, a Poetry Foundation/National Education Association program. He also edits PoetryMenu.com, a listing of every poetry event in the state of Nebraska. Mason has won a Pushcart Prize and two Nebraska Book Awards (for Poetry in 2007 and Anthology in 2006) for his own work. He represented Nebraska as a member of six teams at the National Poetry Slam, and he represented the United States as an organizer of the U.S. Department of State poetry programing in Romania, Nepal, Botswana, and Belarus.
As Nebraska State Poet, Mason serves a five-year renewable term as an advocate for poetry, literacy, and literature in Nebraska. His duties will include giving public presentations and readings, leading workshops and discussions, and providing other outreach in schools, libraries, literary festivals, and various venues in rural and urban communities throughout the state.
Mason is just the third State Poet in Nebraska History. The position of Nebraska Poet Laureate was established in 1921 when John G. Neihardt, whose most famous work includes “Black Elk Speaks” and “Cycle of the West,” was appointed by the Legislature. In 1982, William Kloefkorn was appointed as Nebraska State Poet by Governor Charles Thone. Kloefkorn served as State Poet for 29 years until his death in May 2011. Twyla M. Hansen, winner of two Nebraska Book Awards and co-director of the website, “Poetry from the Plains: A Nebraska Perspective,” served from 2013-2018. 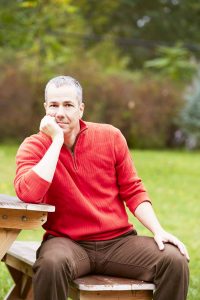