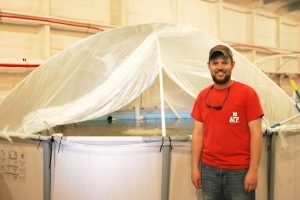 Grant Jones in front of one of his Shrimp Farm tanks. 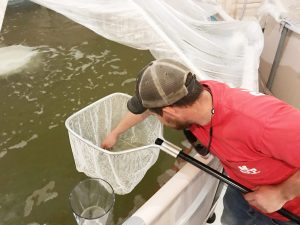