Dundy County Stratton Head Football Coach Mike Spargo said he was very proud of his team for they way they played in coming from 10-points down to win the game against Lourdes Central Catholic. The Tigers had to overcome some adversity to get the win. But, this team has the leadership and experience that could take them all they way to school’s first ever state champiohsip. The Tigers have five seniors, Delton Haines, Keegan Krutsinger, Serbando Diaz, Lincoln Waters, and Travis Sandberg. Haines, Krutsinger, and Diaz are four-year starters and Waters is a three-year starter. Coach Spargo says when the senior class started their high school football careers, just making the playoffs made it a succesful season. Now they have helped build a football program that not only expects to make the playoffs, but win and advance. He said a lot of that started in the weight rooms over the summer, in weight classes during the year and improving their football skills over the summer. Coach Spargo said this group of seniors are great leaders for the team. He said in the last four years Haines, Krutsinger, Diaz, and Waters have played in a seasons worth of playoff games. He said Sandberg may not have played a lot, but he keeps coming to practice and has the respect of his teammates. The game of football all starts up front on the offensive and defensive lines. Spargo said a really interstesing highlight for Haines and Krutsinger’s high school careers arethey have been a big part of paiving the way for over 11,000-yards of rushing offense. They have blocked for Diaz, junior quarterback Quade Myers, and 2018 all-state football player Phalen Sanford, who is a walk-on for the Nebrkasa Cornhuskers. They are both college level players that set the tone for the Tigers’ offenseive and defensive lines. Spargo says skill players on football teams get most of the headlines, but it’s the offensive and defensive lines who control the line of scrimmage in making and taking on blocks. The Tigers talent and size up front are a big reason they are one of the top teams in Class D1. That said, the Tigers are blessed with a cupboard full of speed, quickness and experience at the skill postioons. Diaz just eclipsed the 5,000-yard career rushing milestone and has over 1,500 rushing yards on the seaosn. Junior quartberack Quade Myers is just over 20-yards away from reaching 1,000 rushing yard for the season. It seems likely he will reach that mark. If he does, it will be the first time in Nebraska high school football history that one school will have two players who each rushed for over 1,000-yards in three consecutive seasons. Coach Spargo says Diaz is just a great competitor on the football field. “He thrives on the competition, he just loves to compete,” said the head coach. He is an instinctive player that knows where to run with the football on offense and where the ball is going on defense. Sophomre Corbin Horner has had a break out year, especially catching the football. He also plays running back for the Tigers. Senior Lincoln Waters has also had a break out season at the wide receiver postion for the TIgers. He has made some great catches this season. He also plays safety on the Tigers much improved defense. “Waters is the quarterback of the defense,” said Spargo. “He is like having another coach on the field.” The Tigers defense may be the area of play that the team has improved the most this year. They have also made a big improvement in their passing game this season. Coah Spargo says one of the biggest things he has noticed this year is the group has just “grown up and matured as a football team”, he said. “They understand the ‘why’ and the big picture of what we want to do.” The Tigers will have their biggest test of the season on Friday, when the Stanton Mustangs come to Benkelman. Their only loss is to an undeafted Wakefield team that was ineligible to make the D1 playoffs. Coach Spargo says the Mustangs play the same way as his team does. They have some size up front and are a physical downhill running football team. ‘This is going to be a violent football game,” said Coach Spargo. The Tigers and the Mustangs will kickoof at 2PM, with the winner going to the Class D1 Semifinals. 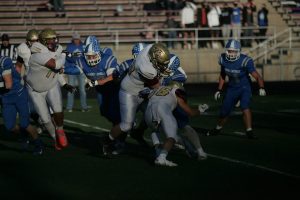 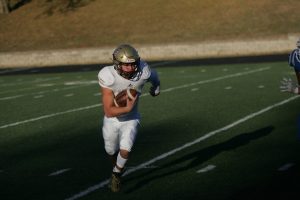 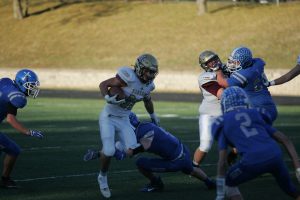 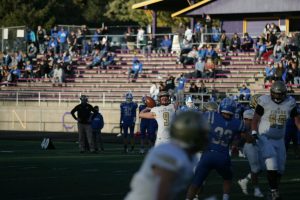 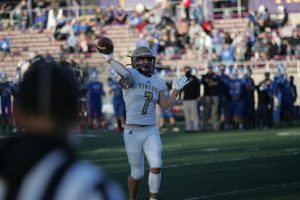 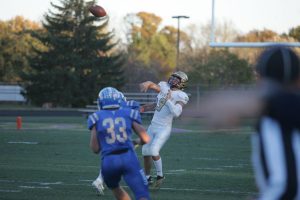 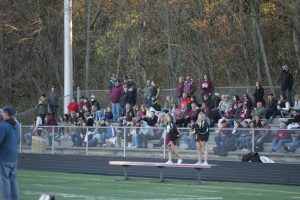 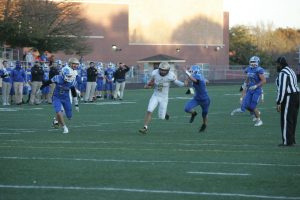 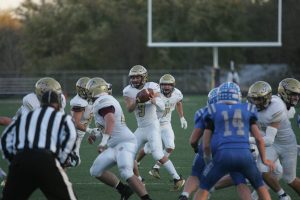