Maybe you remember the big brick building on the corner of Main Street as Irelands, or Atens or the Napa building, the building has come under lots of scrutiny in recent years and sitting on the city’s nuisance list right now, is greatly in need of repairs. Last year, a group of community citizens came together to try and formulate a plan. Something needed done and over the last several years, different people, engineers and architects had looked at the building trying to see if it could be salvaged. The answer each time, it would not work. One might think the next option is to tear the building down. This option also had lots of issues. Tearing it down would not be as easy as it might seem. The Bricks building is an old building with a complete basement underneath, and it is adjoining Seize the Daisy. To just tear down the walls and fill in the basement posed huge problems, a structural engineer would be needed to help build a support system for the Seize the Daisy wall and the basement would have to also be stabilized, because as the engineers and architects explain it, you could collapse the basement next door if it’s not done correctly. Tearing the building down was going to be a massive and costly effort. Ultimately, coming up with the money to tear it down was going to be a challenge. So brainstorming began. The ultimate answer was an ‘outside of the box’ community place. The concept was to leave as much of the walls as possible, brace it up, just like you would have had to do if you were going to tear it down, make a fun area that would have a band shell, and a bar area that if people wanted to host events they could, have tables and chairs that people could go sit in over their lunch hours, pipe some music into it, cool lights and murals and art that would add to the fascination and romance of the project.  The big difference between tearing it down and making it into an event center was funding. It’s hard to raise funds to tear something down, but make something that will be a nice park area for the downtown – grants and funding opportunities presented themselves. Work on the project began right at a year ago. Since then, architects, and engineers have worked diligently with Mary Deyle, Amy Frederick and Megan Spargo to come up with plans. Several grants have been written and received, including grants helping to do asbestos testing and abatement. After the plans were announced last December, there was tremendous positive response, and donations have come in from all over the United States. Last week the project started advertising for bids for demolition of the interior walls and some equipment. At last night’s City Council meeting the Council approved waiving the dump fees and the pursuit of another grant that needs to be applied for through a municipality for the project. There will be a volunteer work day on Sunday August 1, 2021 at 1:00. If you are willing to share your time with the community, this project could use some volunteer help before the next phase. Please, if you can, come help get the building cleaned out, and be part of this exciting new chapter in downtown Benkelman.  Donations and financial gifts are also appreciated. For more information on how you can help, please call Amy Frederick, Benkelman Post, or Mary Deyle at Pinnacle Bank. Recruiting the next generation to come back…. this building is a tool for that. Something modern. Something fun. Something that is attractive for downtown.  It’s also going to be a lot of fun for all of us that call Benkelman home.

Big Changes for the Food Pantry

School Meals at No Charge for All Students 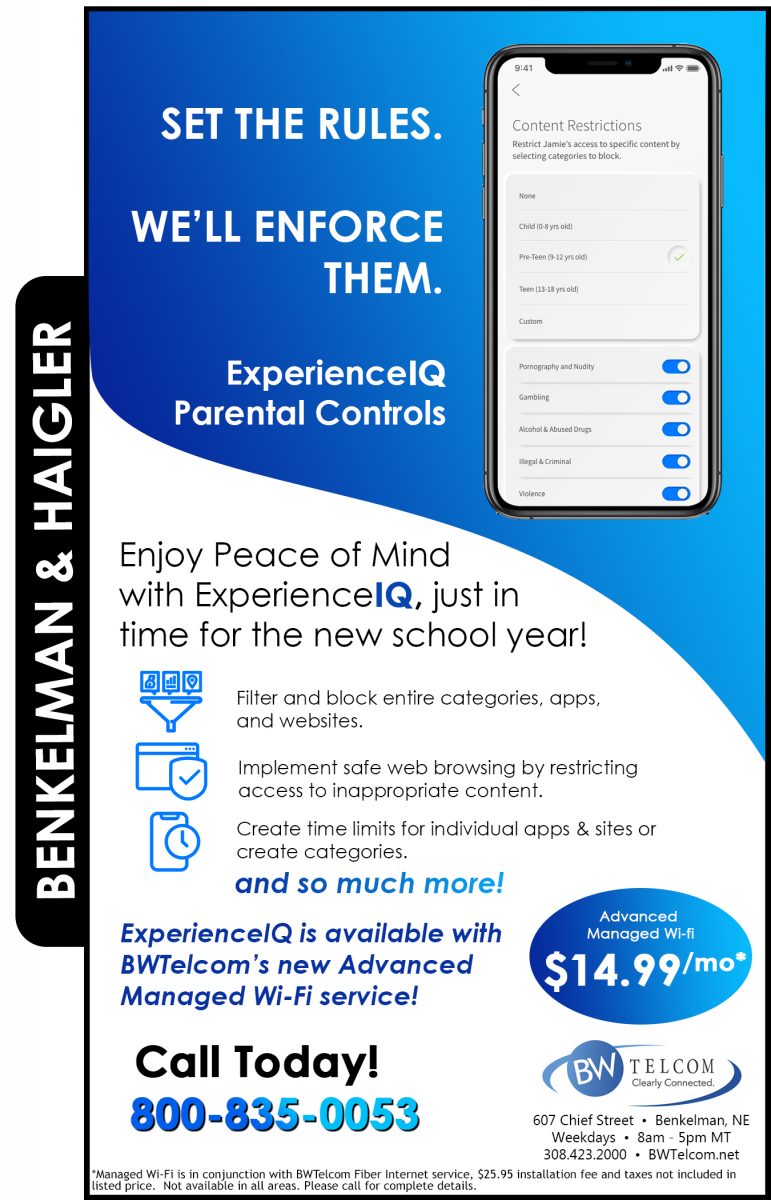