The only casualties in a semi-truck trailer and car accident near Benkelman late Tuesday afternoon, were some baby pigs.  But, a large rescue effort with the help of Dundy County Stratton High School students, emergency responders, some local ag producers with livestock trailers, and staff from the Twin Forks Vet clinic, saved the rest of the semi load of piglets.

At about 4:30pm a semi truck hauling the baby pigs struck a car that pulled out in front of him at the intersection of HWY 34 and Cheyenne Street, located just to the north of the Dundy County Hospital.  Hospital nurses  were first on the scene to check on the drivers of the vehicles.. Benkelman EMS, FIRE, and the Sheriff’s Office all responded to the accident shortly after.

The collision resulted all but tore the front axle off the semi and the truck and trailer went through the shoulder and ditch on the north side of the highway and the truck  rolled onto its passenger side and came rest on the edge of the nearby pasture.  The front of the  car involved in the accident was smashed in, but the cab of the car was spared form the brunt of the accident.  The windshield of the car was shattered and blood was visible on the drivers side door.  The Dundy County Sherrif’s reported that both drivers had only minor injuries.

Multiple citizens of Benkelman brought trucks and trailers to haul the pigs. The Dundy County Stratton High School Football team and some other students helped gather and heard the pigs from the wreck.
Cleanup lasted well after dark.  The semi truck and trailer remained in the ditch  over night due to it being dark and having power lines overhead.  Work to remove the semi commenced again early Wednesday morning.

All the first responders want to thank the citizens of Dundy County for assisting in cleaning up and helping with the accident, as well as Twin Forks for supplying vets and carrying for the pigs.

The Dale family  who lives south of Benkelman were some of the people who were helping.  Tana Dale reported that the baby pigs were  taken to the Imperial Livestock Auction were they were contained for the night. 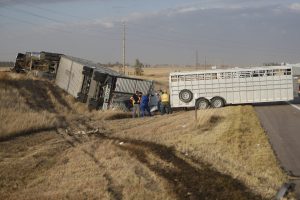 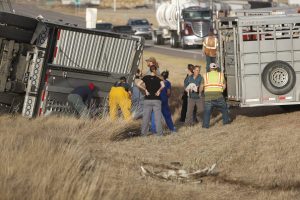 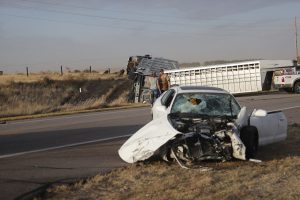 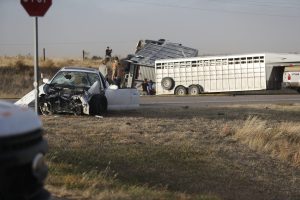 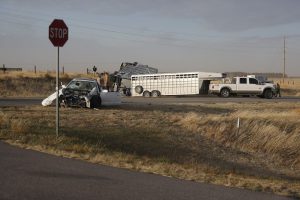 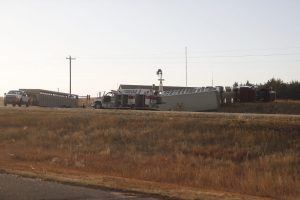 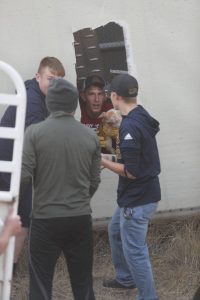 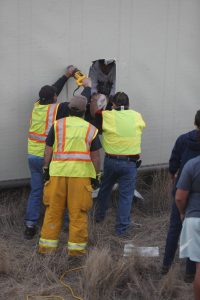 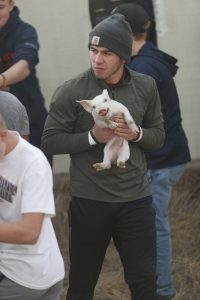 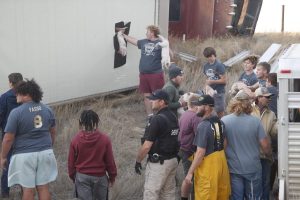 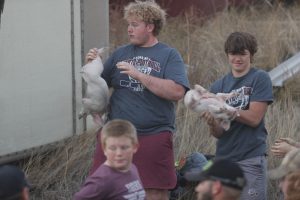 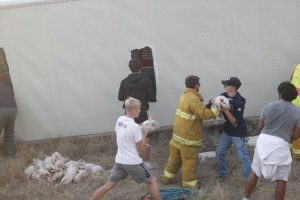 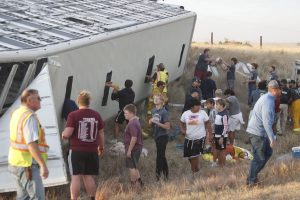 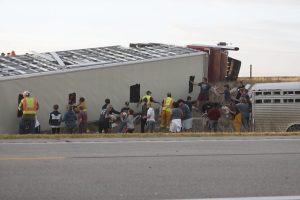 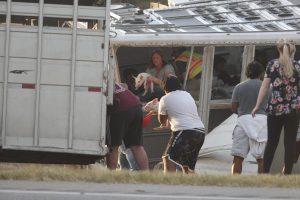 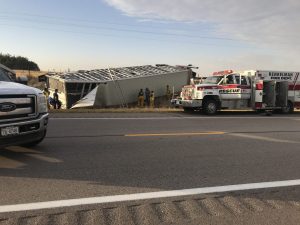 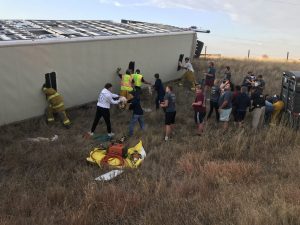 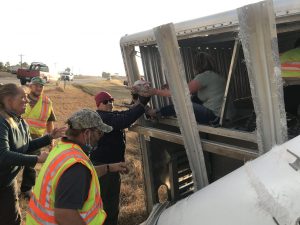 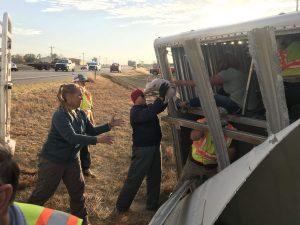 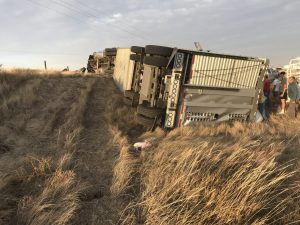 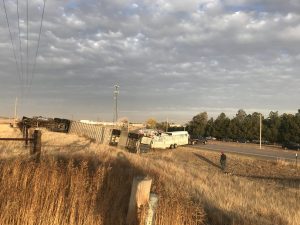 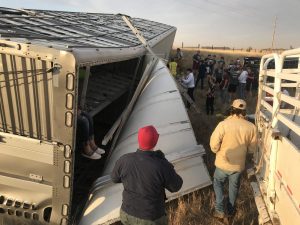 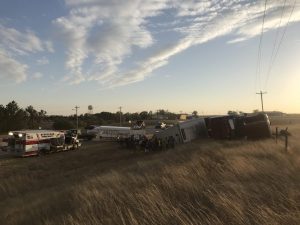 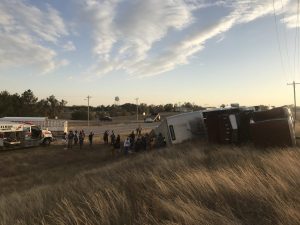