Blackshirt Feeders cleared a major hurdle in the construction of their proposed 100,000 head beef feedlot on Monday (June 6).

The Commissioner’s approval came after a continuous and controversial CUP application process becoming public when the Dundy County Planning Commission first took up the matter at their meeting on February 2. The County Commissioners voted down a motion to approve the CUP Application following an April 5 public hearing. A subsequent legal opinion issued by Dundy County Attorney Gary Burke questioning the legality of the April 5 action, and was held up by an outside third party attorney group hired by the County Commissioners, resulted in the Commissioner’s decision to hold a second public hearing and vote on the Blackshirt Feeders CUP.

The Dundy County Commissions put in a very long day of work on Monday. The meeting started at 8:30am by convening their regular first Monday of the month board meeting. They finished their day at 6:30pm after their businesses with the Blackshirt Feeders CUP approval was complete. The CUP Public Hearing opened at 1:30pm in the Dundy County District Courtroom packed with around 80 members the public in attendance. The first three hours of the meeting involved the applicant, Blackshirt Feeders presenting information on the project and then public testimony from those in support, neutral, and in opposition to the CUP application. After a 15-minute break the County Commissioners conducted a public question and answer session with Blackshirt Feeders.

Much of the testimony given was information restated from early meetings. Some new information that did come out was Blackshirt Feeders has agreed to construct a hard top road from the facility to the highway at their expense and not the county’s. They will work with the county on a mutual agreed upon maintenance plan for the road.

During the Blackshirt Feeders presentation, Dean Settje of Settje Agri-Services and Engineering Inc., the company hired by Blackshirt Feeders to design and build the new facility, reviewed the Dundy County Zoning Regulations pertaining to the CUP application and indicated that they have met all of the regulations.

There was also a lot of testimony given on people’s concern on declining groundwater levels in the area near the proposed facility and how much water the facility will need to operate. Settje pointed out that the facility will be a “net zero” user of water. Information was presented that Blackshirt Feeders will have to acquire at least six farm irrigation circles and retire the irrigation water use on those crops to offset the water used at the feedlot. It was pointed out that issues involving groundwater use falls under the Upper Republican Natural Resources District (URNRD) and the next step in the Blackshirt Feeders permitting process is with the URNRD.

Toward the end of the public hearing, Commissioner Richard Bartholomew said that it has been a very controversial subject and he has tried to represent the people in his district. He said from the people who had contacted him he believed seven out of every ten were opposed to the feedlot and “we were being encouraged to represent the people in our district”. “As far as being controversial,” said Bartholomew, “Even though no dirt has been turned, the proposal has pitted neighbor against neighbor, friend against friend, and family member against family member.”

Commissioner Jerry Fries said that he has heard a lot of discussion on water and “we have no say on water, that is an NRD issue”, he stated. “I have not heard any legal reason to deny this and it appears to me they have met all of the requirements of zoning, which they are called rules and regulations and it is also my understanding that they are the law. It states that if they met them all, they shall be approved.”

Board Chairman Scott Olson then commented. “I am a long ways from this feedlot, someone ask me, I said approximately 25 miles. I can’t be subjective, I guess in my vote,” he said. “So, I really shouldn’t ask neighbors in my area whether they want the feedlot, because you can’t ask neighbors if they want the feedlot, you have to do it all on fact. The fact we will know in 10 to 15-years. Right now, there is a lot of hearsay and we don’t know. I am not blaming anybody for that, but we don’t know what the facts are going to be. So, it is a very hard decision.” Olson said he was trying to be completely objective in making a decision, which also involved trying to balance out how it affects taxing and what the new facility could ad costs to the county. Following his comments, Chairman Olson closed the public hearing.

Following the hearing, Fries said, “I will make a motion to approve the CUP application based upon the fact that they have met all of the legal requirements.” Bartholomew seconded the motion. “The reason I do is simply because of the restrictions that are in place in the conditional use policies and procedures,” he said. “As has been mentioned in two different places, if the applicant meets those requirements, it shall be authorized by the board of commissioners.” In a comment before the vote was taken, Chairman Olson talked about the added stipulations that will included with the CUP. He said the added stipulations will be “wrote in favor of Dundy County, meaning that we are not going to get hurt a lot in taxes. We are not going to get his with a $400,000 bill on some road project, these Commissioners are not going to let that happen.” He said that whether it involves flies and dust or other such nuisances or issues with the new feed lot, the County Commissioners will protect the county with the added stipulations that will be a part of the CUP. “I don’t live in that district, but they are still Dundy County residents, I pay taxes, I am going to protect Dundy County,” said Olson. 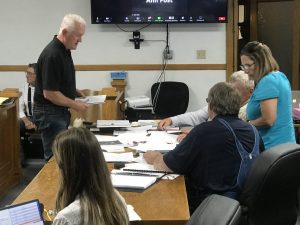 Dean Settje of Settje Agri-Services and Engineering Inc., the company hired by Blackshirt Feeders to design and build the new facility, speaks to the county commissioners at Monday’s hearing.

The County Commissioners voted 3 to 0 to approve the Blackshirt Feeders CUP. Following the vote the commissioners worked to formalize the added stipulations that will go along with the approved CUP. The Benkelman Post will publish the finalized version of those stipulations when they become available. 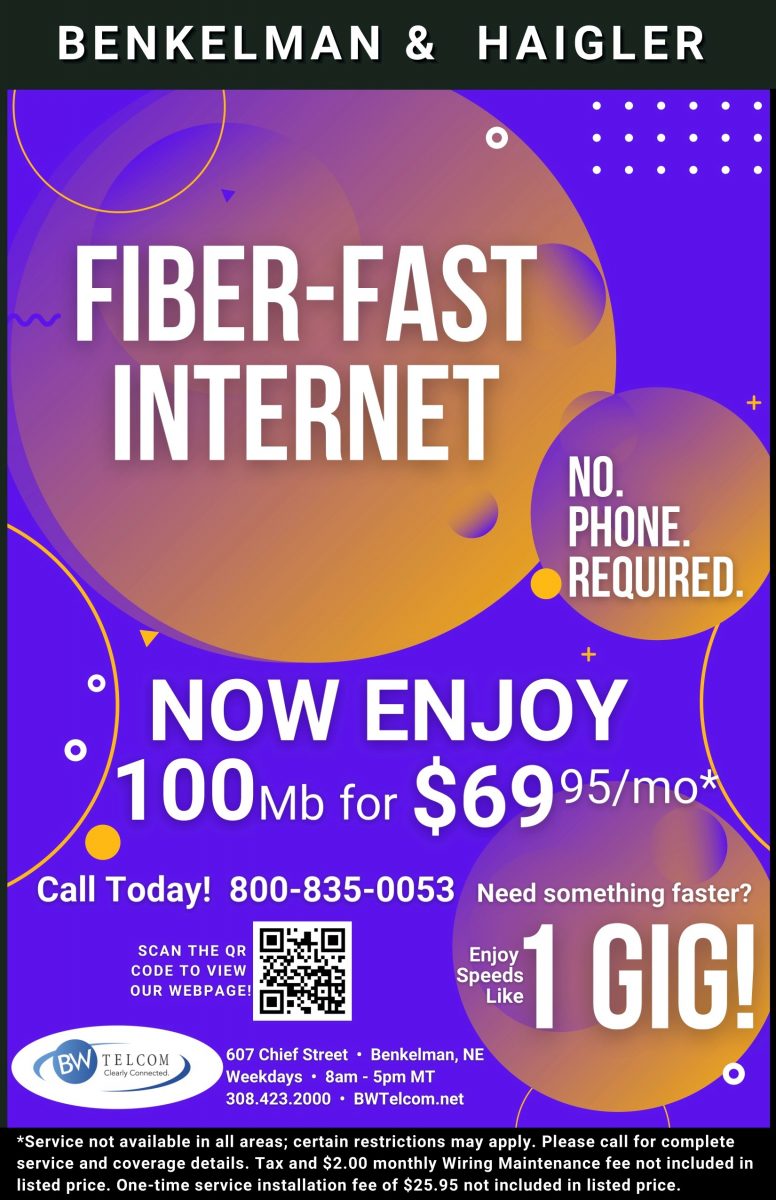