Southwest Nebraska Public Health Department (SWNPHD) is following the rollout plan for COVID vaccinations as directed by Nebraska’s governor and the Centers for Disease Control and Prevention (CDC).

The rollout plan is divided into phases, and the first phase has 3 sections called 1A, 1B, and 1C. Within each of the phases, the categories are prioritized and broken down even further into tiers. Tier 1 has priority over Tier 2, and so on. Vaccinations must be given to specific occupations or age groups as dictated by the rollout plan; SWNPHD is not able to change when people in any occupation or other categories receive the vaccine. Changes may happen at the state or federal level. Everyone in each phase can be vaccinated as soon as there are enough vaccines available.

Phase 1B is for the most elderly and essential occupations. Tier 1 – 75 years of age and older. Tier 2 – First responders, utilities, corrections, and education. Tier 3 – Funeral homes or mortuaries, grocery employees, and food/agriculture production such as meat packing plants, food processing and co-ops. Tier 4 – Transportation occupations, US Postal Service, and public transit.

Phase 1C is for other high-risk categories – People 65 to 74, people with high-risk medical conditions, vulnerable populations, and group living settings like colleges and universities.

Phase 2 will be for the general population and is estimated to happen from May to October. Beginning in mid-December, SWNPHD and the six hospitals in the health district started Phase 1A vaccinations for healthcare workers. SWNPHD has started Phase 1B vaccinations and is continuing to finish Phase 1A, prioritizing those individuals as they are found. This will include long term care or senior housing if it is discovered that they are not being covered by another provider.

As of January 8, 2021, SWNPHD had given 425 COVID vaccine shots across the health district. The waiting list for 1A and 1B in southwest Nebraska is located at www.swhealth.ne.gov/featured/1. Those without a computer or internet access are encouraged to reach out to a friend or family member for assistance. State public health officials are working on an online registration system for the general public, which will be made available soon.

The COVID-19 Community Risk Dial now follows the State of Nebraska’s risk dial which is being used to determine the Directed Health Measures, based on the amount of hospital capacity used for COVID patients. Currently all of Nebraska is in the blue level, between yellow and green. Recommendations include wearing a mask in public, washing hands and surfaces often, and avoiding the 3 C’s: crowded spaces, close contact, and confined spaces. 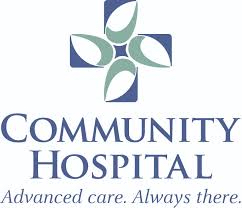